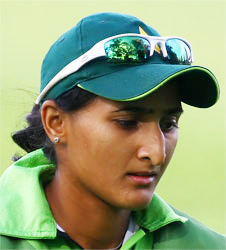 In addition 7 players have been granted a 'emerging players' contract

...and this on the Birth of Women's Cricket in Pakistan

An Open Letter from Sana Mir

[As a response to this Report]

There is no shame in losing; there is only shame in not giving your 100%.

Sports should have taught us this lesson much earlier if we had played it in its true essence and the right spirit. Champions are made through the process of preparing and playing and the struggles they endure in their journey towards their goals. You do not become a champion only by achieving results. A Champion is an individual who can get back up from one failure to face the next challenge; who is ready to analyse and improve him/herself and is ready to work harder next time.

Of course everyone who has watched women's cricket and given attention to it in the last 3-4 years have felt disappointment with our run in the World Cup 2017. We as players are gutted too. We have also worked really hard to put up the fights we did. We feel so disappointment for not crossing the line to the winning side at least in four matches of this tournament.

I would have preferred not to have had this conversation through the media but since a confidential report by the coach and comments by GM Women Wing and Chairman PCB have been making headlines, I feel obliged to give a short response to clarify some issues from my point of view.

My coordination with the coach suffered when I insisted on playing Diana Baig, who was in absolutely great form. That was our major disagreement. Diana is talented and was in great form in the WWC 2017.

My fight was to play a youngster in the team who is ready for international cricket. I don't regret it.

Moreover, we suffered defeats in this World Cup as spinners with the new ball penetrated our top order consistently in each game, specially left arm spinners. We are also still short of players who can perform under pressure.

We should be talking about cricketing problems we need to address, in a constructive and professional manner, rather than personalising issues.

I do want to add that journalists are free to ask junior players about our attitude towards them. No one can have a 100% record but it's disheartening to see a coach maligning the senior players who have been giving confidence and guidance to youngsters for so long.

A player's primary job is to perform. They can facilitate the growth of other players but it's the job of the system to work on new players.

I am not a perfect captain nor have

I claimed it anywhere or that we are the perfect team. But I would have appreciated it if the coach would have stood by the team like other coaches did.

I want to make it clear I don't intend to continue in the future with the current setup of the Women’s Wing in any capacity. Having said that I would still be sharing a detailed report with all of you to improve women's cricket once I get back by the end of August In sha Allah.

I would also like to thank the fans who have been supportive and patient in this tough time.

I would also like to thank my family and friends who have been my strength throughout my journey.

"My father said, we’ve got thousands of engineers in Pakistan
but we’ve got very few women cricketers, so go and just live your dream."   Sana Mir 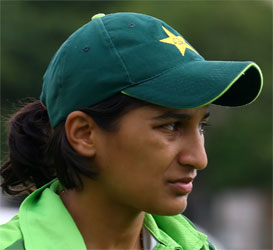 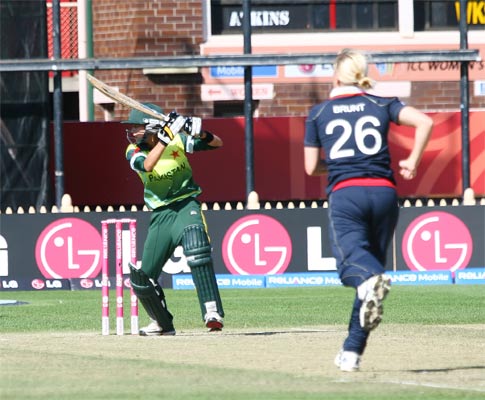 Check the Photo Gallery for match pictures of Pakistan Players